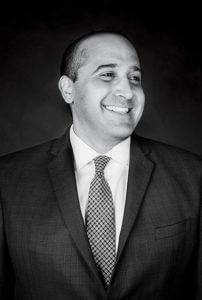 Amir was recently named one of San Antonio’s “40 under 40” by the San Antonio Business Journal for his work on extended learning opportunities with Summer of Service (SOS). SOS is a 501c3 nonprofit dedicated to providing San Antonio youth with experiential learning opportunities outside the classroom through community service and travel abroad. Under his leadership, SOS has taken more than 500 travelers abroad to over 15 countries with more than 15,000 hours of community service to the San Antonio community and counting! Amir was appointed to the State of Texas’ Expanded Learning Opportunities Council, which makes recommendations to the Texas Legislature on out of school time programs.

Amir is also a former Foreign Affairs Analyst with the U.S. Dept. of State and a national/cybersecurity contractor with the U.S. Dept. of Defense. He was awarded a Meritorious Honor Award for his support to the Bureau of Intelligence and Research during Operation Iraqi Freedom.  He earned his Bachelor of Arts degree in International relations from St. Mary’s University and his Master of Arts degree in International Affairs from The George Washington University.

Amir is married and has three sons and the family enjoys learning, serving and exploring the world together.